You don’t always need a large list of ingredients to make a savoury dinner or lunch, or sometimes you’re just in a hurry and don’t want to spend hours in the kitchen or you know that feeling that after an exhausting day your stomach and soul are just craving for some comfort food? Well, this dish ticks all the above boxes, how great is that! And no worries, though the list may seem long, most of the items are already in your kitchen pantry!

This is what you need:

This is what you do:

There’s a whole lot of fish in the sea, but you’re one hot tuna!

You can serve this with a yummy green salad or just eat them as such…oh, and I know you can’t wait to take that first bite, but remember the quote and beware not to burn the palate…hot, hot, hot, let them cool off for just a few seconds!

Amazing what you can do with a little water, glue and paper scraps…feels a bit like when you were a child in school or at home, letting your imagination run wild, though must admit I still had to reconnect with my inner child…seems she was playing hide and seek, so my first project were some practical, though fun bowls!

I had followed some crafts and diy workshops before, however as the location was hard to reach by public transport I stopped going, though I never stopped seeing things through creative eyes: whether in cooking or when busy in the garden, taking photos, little deco projects… I stumbled upon diy workshop classes in my own hometown, just a few minutes from where I live and easily reachable by bike. Founder and the woman behind Artlekeno is Frieda, who makes you feel most welcome and has many inspiring ideas. A former education and job in graphic design combined with a strong passion for nature, environment and using recycled materials…she just breathes crafts and diy!

Besides the returning weekly workshops with papier-mâché, other creative projects and workshops are available, depending on demand, season, etc and the atelier workspace can also be rented out for parties.

Creativity is contagious, pass it on!

We made two bowls, two different techniques, one with paper layering around a balloon in this case but you can use just any shape…layer after layer after layer…at least five, for these bowls. As for the other bowl we used paper pulp, like a kind of paste to put around any shape or bowl of choice. It might get a bit messy, so be prepared to get your hands dirty! After this first stage, the paper had to dry out, so the finishing touch and decorating happened this week in the second part of the workshop class. 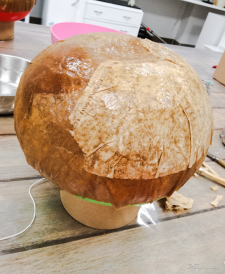 My first experience was great…definitely want to try more and something more difficult or challenging…maybe I would even go for one of those funky colourful chickens that were on display!

This weekend, after many many years I returned to the town of my early childhood: the tiny hamlet Eizeringen in lovely Flemish Pajottenland, Belgium. Strange sensation taking this trip down memory lane, driving through this very tiny village: some things never changed in my memory and well…some things didn’t change there either…

I couldn’t recognize at first the house where we used to live, it appears to be a baby and children day-care centre now, however, now I know where it is, should return later to take some pics. We left there and moved when I was still a little girl, think I must have been four or five years old, but we returned many times during school holidays or visiting family. It was only when my grandparents died and we all had our own lives that contact was lost.

School used to be around a ten or fifteen minute walk from where we lived and my grandparents lived only five minutes away. I remember there was this little grocery store on the corner where we used to buy candy, however the store has been long gone I guess, as it isnow a normal house. The school building is still there and it still is a school…they even had left the entrance gate open for me.

On the oppositie site of the school used to be a little forest where we went to play hide and seek, think at lot of trees have been chopped down with the years passing or it might just be my imagination is playing tricks on me…as a child maybe everything just looks bigger, I don’t know…

We, my husband joined me on this trip to my childhood past, also visited my grandparents house, where my aunt now lives and took a little stroll through the village. There used to be a little post office, I remember those stairs well, playing on them going up and down endlessly!

After our little stroll we returned to the church square where we had parked our car and also went to see my grandparents grave. I am not the greatest cemetery-lover, I like to remember my lost ones by the warm memories I have of them or by little objects or photos, however, being in the village after so long, would have felt strange not to go.

However tiny the hamlet of Eizeringen, part of St-Kwintens-Lennik, may be, on Sundays it often attracts an international and mixed crowd as for many years in a row now the café located in  the church’s shadow is voted best beer pub in the world by the influential website Ratebeer.com. It is also known as the second best beer destination in general in the world! Think it has the longest and most peculiar name ever for a pub, it is called “In de Verzekering tegen de Grote Dorst” which you can translate as “In the Insurance against Great Thirst”

It’s a very characteristic pub, stepping inside, brings you into a warm vibrant 40s, or early 50s décor and they serve the most extensive selection of Geuze and Kriek beers, speciality of the region. However, bear in mind the pub has very limited opening hours: Sundays and Public Holidays 10:00-13:30. In February and March, celebrating its 175th anniversary, opening hours are extended till 20:00. The two owners still have their own jobs aside running this pub, explaining these limited opening hours. They took over the pub from an 85 year-old lady who was about to stop the café activities, closing down that way the last remaining pub in the village. That is where the new owners Kurt and Yves stepped in, as according to them, and very true, a village without a pub just isn’t a proper village!

We spent some lovely hours there, thoughts and stories were exchanged, my husband and me got the most lovely little drawings from local artist Chris, who used to be an architect and local poet and optimist Fons couldn’t stop charming us all, including me, with his witty rhymes and poems from the heart, which deserved him a hug and kiss, right?!

This is the place where you enter, take a seat next to complete strangers, but when you close the door behind you again, your heart is filled with warmth and joy, soft music, lovely stories, little poems…and you drank some excellent beers! 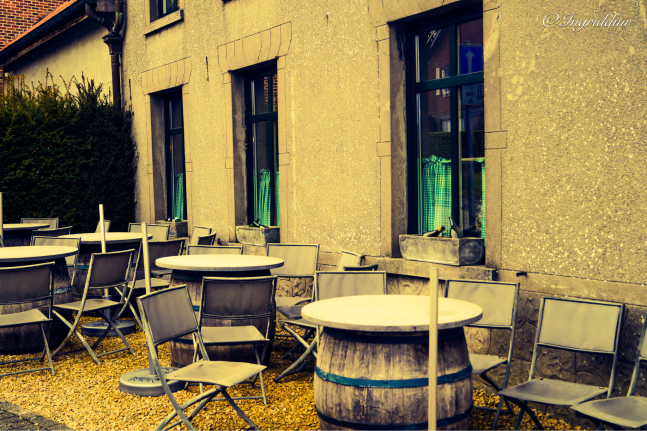 Tourism Flemish Brabant – what to do, see, where to stay

After some weeks of (un-willing) staying indoors due to the chronic pain struggle thing, and my trips outside the house mostly limited to the local shops in our town, my inner self was desperately seeking an escape and a broader horizon! Thursday the universe didn’t seem to conspire against me and I was looking forward to a few hours of city exploring and strolling, yep, it promised to be a great day!

I took the bus to nearby Antwerp, sun was out when I arrived, temperatures rather high for this time of year, some cafes and bistros setting their outside terraces…Spring was definitely in the air…and in my head! What better way to fill that head with new ideas and inspiration than a stroll through town, some deco-hunting, fashion-inspiration and people watching?!

I actually decided to get off the bus a few stops earlier than my usual stop and firstly explored the Nationalestraat, a street that always keeps re-inventing itself with new shops popping up. I had just left the bus and bumped into author Tom Lanoye. Well,  nothing special there, he lives in the city I guess and Nationalestraat is hip and trendy, so sooner or later you are bound to bump into a familiar or famous face! However, a few hours later I found myself in ‘The Chocolate Line’ shop of Dominique Persoone, I know, I know, just follow the chocolate smell when near the Palace on the ‘Meir’ and you’ll be drawn in too! You can admire the interior, taste yummy chocolate, buy some chocolate pills or a seductive chocolate lipstick and get a glimpse of ongoing creations in the open atelier/kitchen…a signature on the writing wall in that kitchen caught my eye…a yummy chocolate quote by…Tom Lanoye!

I had a quick lunch at Lloyd Loom, more out of necessity to have my feet up and take some pain medication than I was hungry at that time…I know they have comfy chairs and it was the perfect place for me to reboot and have a croque madame with some OxyContin, that last one not on their menu! Luckily the meds did their thing and allowed me another two hours filling my heart and head with deco ideas and getting Spring fashion inspiration before a second pain attack rolled in and I wisely decided to head home. 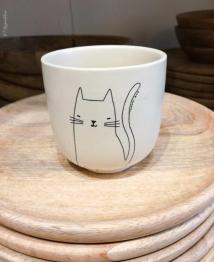 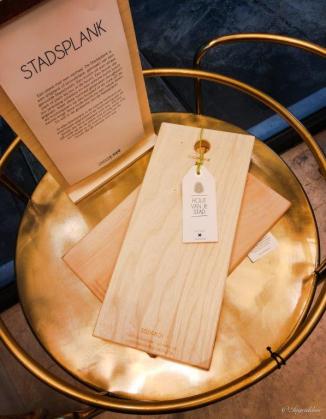 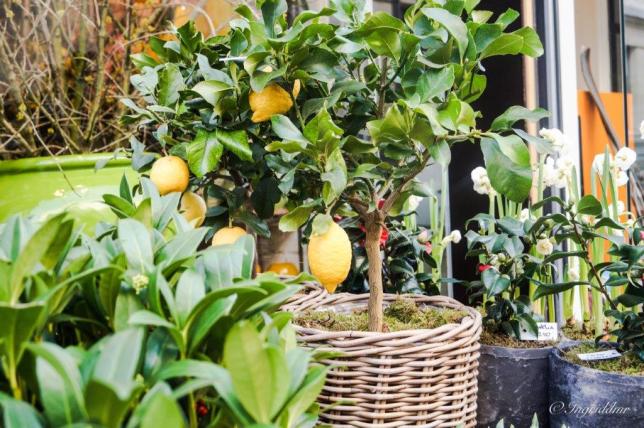 Lemon and dreams of Spring and Summer

In the evening I got treated to a third attack, however, it is so much easier to counter such an attack when having beautiful memories or inspiring things in mind to cling onto: the warmth of the sun that made me long for Spring, the contours of the city hall against the blue sky and the group of German tourists I helped out by showing them the direction to the cathedral, the funny jellyfish deco I spotted in Jüttu and the beautiful printed blouse of designer Natalie Vleeschouwer, the Valentine decoration and Spring/Summer fashion that is filling the shop windows, the overwhelming abundance of colours in flower shops and in the Zahia store where I buy beads for necklaces, oooh and let’s not forget the smell of chocolate! Yes, some days are just great…though it took me almost two days to recover before being able to go through the pics and write this post!

Hope you enjoyed your own little stroll reading through, enjoy your day!

Curious soul...and it makes me wanna take the back roads!

Hi, I’m Ingrid, thanks for stopping by! I live in Aartselaar, a small town south of Antwerp, Belgium, together with my husband, son and cat Wiskie. Being a chronic back pain patient since I was a young child and still coping with pain every day makes one thing very clear: it may limit and define my daily life and routines, but it sure doesn’t define ME! Life is still sweet and on the off days, well there is love, friends, nature, dreams and chocolate! Join me on those little adventures on the ‘back’ road!

This blog is not merely a travel blog or a place to find recipes or lifestyle topics, you will find a bit of all these things…A little insight in what inspires me, strikes me or what makes me smile! Tales from the paths walked, preferrably back roads, that fill my heart with joy and head with dreams! Welcome and hope you enjoy!